What, Edgard Varese as sideman? 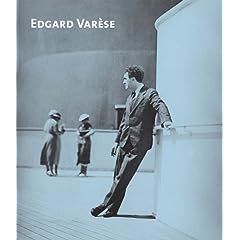 Paul Griffiths gets off one zinger of a closing paragraph in the October 6 2006 issue of the Times Literary Supplement (London). The book under review is: Felix Meyer and Heidy Zimmermann (editors), Edgard Varese: Composer, sound sculptor, visionary (500 pp., Boydell and Brewer, 25 pounds sterling).

” … Unlikely as it must seem to anyone familiar with the old myth of the lonely pioneer,” Griffiths writes, “Varese did indeed work with jazz artists, including the trumpeter Art Farmer, the saxophonist Teo Macero and the drummer Ed Shaughnessy. We have the evidence, as [Olivia] Mattis tells us in perhaps the most tantalizing sentence of the book: ‘Recordings of several of these sessions, which also survive in the Paul Sacher Foundation archives, are astonishing.’ Perhaps, before scholars descend to wear these tapes out, the Sacher Foundation could release them on CD. Varese swinging: that would be something to hear.”

Note the “also” in the passage above. Question: So who else has these tapes?

PS. See amplification by Steve Layton and Micah Silver below in “Comments.”

3 thoughts on “What, Edgard Varese as sideman?”