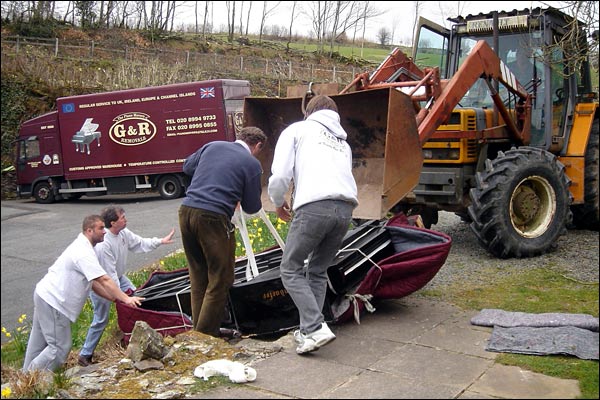 For the full story on the new aleatoric work seen being performed above on a Bösendorfer at the Two Moors Festival in the UK, take An Overgrown Path. Image credit BBC News