Flute and Percussion = Perfect Together 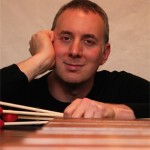 There was a time – somewhat long ago – when recitals by string players and pianists were the well-subscribed while others raised eyebrows. In the postmodern era, things have become somewhat more egalitarian, and one is likely to see all sorts of combinations gracing recital stages. Still, a duo of Metropolitan opera musicians – flutist Patricia Zuber and percussionist Greg Zuber – are making the case for a pairing that is still somewhat unusual to become a part of the chamber music mainstream. 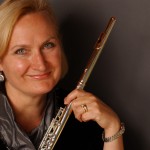 The trick for those who are part of an unusual pairing is to find, commission, and, essentially, create a literature for themselves. The Zubers have done all three in preparing their program for a recital this Sunday at Symphony Space. They include a transcription of a Villa-Lobos piece by Greg Zuber, a 1996 work by Gareth Farr, and two commissions: by William Susman and Alejandro Viñao.

The pair gets a little help from two guest percussionists on the program’s finale, George Crumb’s An Idyll for the Misbegotten.

So, a flute and percussion program featuring both old and new, transcriptions, commissions, and special guests. What are some other unconventional groupings you’ve heard in recital that have worked well? What are some pairings you’d like to hear?

You can check out a teaser video of the Susman below.

2 thoughts on “Flute and Percussion = Perfect Together”