And the Grammy nominees are… 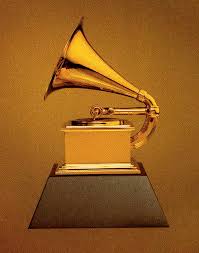 The 53rd Annual Grammy nominations have been announced (list of nominees in the Classical category here). Lots of contemporary classical represented, even in the more general categories.

Congratulations to Steve Mackey and Michael Daugherty: both are up for Best Classical Album. The ensembles that recorded their works, BMOP and the Nashville SO, respectively, are also up for Best Orchestral Performance.

Kaija Saariaho’s L’Amour de Loin was nominated in the Opera category, while Magnus Lindberg’s Graffiti and Arvo Pärt’s Symphony No. 4 were both nominated for Best Classical Contemporary Composition.

Also glad to see the Sherry Quartet’s recording of Schoenberg and the Parker Quartet’s Ligeti disc (both on Naxos) receiving nominations.

There’s much more. And, of course, there will always be omissions that dismay us. Particularly so in 2010: this was a good year for recordings!

One thought on “And the Grammy nominees are…”