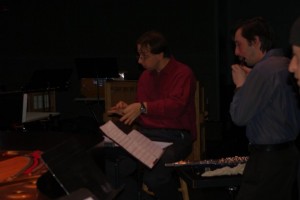 Conductor Steven Dennis Bodner, who was a passionate, fiery, radical force for new music, died tragically on Monday night after a brief illness. Steve was a fanatically devoted new music performer and advocate, who helped develop a new appreciative audience for this music during his tenure as conductor of the Williams College Wind Ensemble and the Opus Zero Band, the college contemporary music group which he founded. He was a man of incredible depth, joy and energy whose early death is not only a great personal loss to those who knew him but is an immesurable loss to the contemporary music field, where Steve would have had a wider influence if fate had not intervened.