Del Tredici’s String Quartet No. 2 is to be premiered Sunday amid remembrances 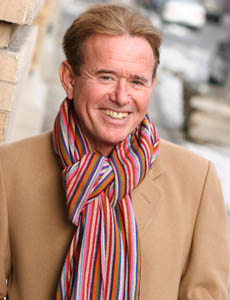 One might assume that any work receiving its premiere this weekend – especially this Sunday – would have to be somehow related to the 9/11 memorials taking place around the country. One work, however, is being premiered on Sunday simply due to the natural schedule of the festival during which it is to be performed, and has no connection to the memorial whatsoever. The work in question is David Del Tredici’s String Quartet No. 2, set to be given its premiere performance by the Orion String Quartet at 3pm this Sunday at the South Mountain Concert Series in Pittsfield, MA.

I was able to catch up with David in the middle of his busy schedule to ask him a few questions about the work and his connection to the Orion String Quartet. Listen to our brief interview here: Del Tredici Interview

The full press release after the jump:

This new addition to the repertory is in five movements played without pause, “allowing the work to be heard as a single, grand arc,” Del Tredici describes. The piece begins and ends in muted tones, passing throughscherzando, grazioso, and con fuoco moods along the way, at turns warmly expressive and frenetic. No stranger to the genre, Del Tredici’s String Quartet No. 1 (2003), which premiered in 2005 with the DaPonte String Quartet, “push[ed] the limits of tonality and taste, with electrifying results (Strings). Nor is he unacquainted with the Orion String Quartet, having also written the clarinet quintet Magyar Madness (2006) for the ensemble and klezmer specialist David Krakauer.

Del Tredici also celebrates his 75th birthday in 2012, an event fêted by performances of two of his major orchestral works from two different stylistic periods in his career. The Detroit Symphony Orchestra performs his Final Alice (1976), one of his signature neo-romantic compositions, on March 1 and 3. His earlier modernist masterpiece Syzygy (1966) will be performed by the San Francisco Symphony at Davies Symphony Hall on March 18, before travelling to Ann Arbor on March 25 and New York’s Carnegie Hall on March 29 as part of the orchestra’s American Mavericks series and tour.