To the stars with mandolin! 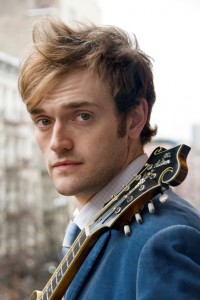 It doesn’t seem all that long ago that I heard the world premiere of Blind Leaving the Blind. (Read about it here: S21 Review.) It was quite a night @ Zankel, St. Patrick’s Day 2007. Chris Thile has since recorded the work with the Punch Brothers, and made a duo album with Edgar Meyer. Now Thile is about to embark on another journey – a mandolin concerto, Ad astra per alas porci.

I talked with Thile about the new work, enjoy the first part of our discussion, including using amplification or not, and about his Steinbeck title: Interview Part 1

More tomorrow, including how the piece came about and if others might perform it!