Besides helping out here at S21, composer Chris Becker has been racking up some excellent interviews at his own blog. One I wanted to share with you is his recent chat with brilliant, hard-to-classify musician Lawrence Sieberth. For the full interview just head to Chris’s blog (where you’ll also find a link to buy the Arkipelago CD, and a list of upcoming Sieberth concerts), but here’s the introduction and a sample: 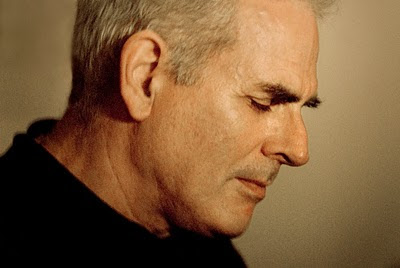 After moving from New Orleans to New York City, I managed to stay connected to keyboardist/composer Lawrence Sieberth thanks to the Internet and email, keeping him posted on my music activities. My first memory of Larry is hearing him on piano performing his 1995 tribute concert Booker and Black at the Contemporary Arts Center which celebrated the music of New Orleans musicians pianist James Booker and drummer James Black with projected visuals by artist Jon Graubarth (Jon created the artwork for my CD Saints & Devils). More recently, Larry emailed to say he thought I might dig his latest CD Arkipelago and could hear the whole thing streaming on his website www.musikbloc.com. I downloaded the mp3 version, eventually got a copy the CD, and for several weeks listened to Arkipelago at least once a day. I just couldn’t get enough of the music and the production which reminded me of Peter Gabriel’s So, Jon Hassell’s City: Works of Fiction, and other recordings that artfully combine (to quote writer musician Michael Veal): “…the traditional conception of “note-based” music and the potentials of sound recording as an aesthetic medium on its own terms.” Larry is firmly grounded in the piano playing traditions of New Orleans. And Arkipelago will surprise some fans of that music and expand their perception of what “New Orleans” music is and has the potential to be.

Chris Becker: Your CD Arkipelago combines synth programming, extended through-composed compositions that include sudden unexpected breaks and rhythmic changes, and real-time “in the moment” improvisation. The title track (featuring Joo Kraus on trumpet) and the track ‘Le Serpente Volant’ (featuring Ed Peterson on saxophone) are two examples of what I’m describing. Can you talk about how you recorded those two particular tracks? Did you provide any specific instructions to Joo or Ed before tracking their performances? Or was that not necessary given your familiarity with their each musician’s approach to improvising?

Lawrence Sieberth: If I can backtrack a bit it will help help explain the way this project materialized. Over the last couple of decades I’ve been part of ‘free’ improvisational collaborations with other musicians, dancers and visual artists – the driving force of these performances has sometimes been spontaneous, a response to visual imagery or prerecorded tracks.  There is a range as to what the word ‘improvisation’ implies – playing ‘changes’, manipulating the form, responding to the moment, etc. are all ways of perceiving the options inherent in improvisational music – all idioms and musical combinations of personalities have a built in set of expectations, manifest as compositions, styles, forms, tonal centers, etc. even when it is not predetermined.  When the musician is faced with the option to create something new without preconceptions the creative mind is opened, allowed to connect with a communal state of being as opposed to reaching into the bag of tricks that our intellect builds – not to throw away that bag of tricks but to transcend it – for me, these situations have been some of the most joyful musical experiences of my career.  This is not to say that I haven’t enjoyed arranging and composing in the traditional sense. I like the balance between the two extremes – in truth, however, it can be self-indulgent and not something I want to listen to all the time.  The ‘quality’ of the music, albeit quite subjective, can range from ‘totally happening’ to ‘totally boring’ whether I’m a musical participant or just a listener – it’s hard to convey why some ‘noise’ can be inspirational.

Arkipelago is the result of many performances of an ever changing group I assembled over several years called VooDooTek – the objective was to start with a blank canvas and draw upon the talents of the musicians assembled at the time – the idea was for everyone to contribute musical ideas to the direction of the music – responding and being open to the unexpected – whenever I felt the music had run its course I would abruptly change the musical context or mood. With electronics it is easier to cut through the volume of sound. The one prerequisite of the musicians was listening – for me a most important quality of musicianship. All the tracks on the CD started off as through composed synth soundtracks – soundscapes might be a better analogy – a combination of textures, industrial loops, otherworldly sounds – sometimes empty space – very sculptural – the charts are diagrams with emotional directives, sometimes a bass line, sometimes a tonal center – an integral part was the click that signaled sections and tempos that was removed – the core group, myself on more synths, Doug Belote on drums, Nori Naraoka on bass and Makuni Fukada on guitar, played with the prerecorded tracks – it was important for them to perceive those tracks as part of the improvised structure rather than a composition – since I was also incorporating more synth sounds and textures it was naturally impossible to separate what was virtual and what was live – so the whole track seems improvised but compacted due to its composition directives – most takes were the second take. Joo Kraus added his part in Germany and sent it back to me in New Orleans – I had played with him at a jazz festival and we really hit it off. I gave him no directions and the track you hear is virtually edit free.