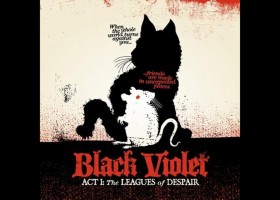 Last Friday, I attended a performance by the Chicago-Based Fifth House Ensemble in Detroit, MI. As I melodramatically declared in my announcement for the concert, this was not a traditional performance, at least for me. The audience sat at cocktail tables, not an auditorium’s seats, there were drinks and snacks, the lights were dimmed, not darkened and anyone could get up at anytime to walk around the space or get a refill on their glass of wine.

Culpability for the evening’s laid back and unusual character lay both with Fifth House and the Detroit Symphony Orchestra, who brought the ensemble to town as part of the Mix @ the Max series, which always features a club-like atmosphere for its concerts regardless of the genre of the program. As Fifth House’s flutist Melissa Snoza explained, the group is used to and, in fact, prefers playing in flexible spaces – venues where people can mingle, nosh and drink before, during and after the concert.

On its own, this decision – to present a chamber concert in a context more relaxed than the standard concert hall – is nothing new to the music scene (though, this was my first interaction with this species of musical presentation). What is quite unique, however, is Fifth House’s style of programming, namely, how they tell a story with animations that is accompanied by a hand-selecting score of pieces. Essentially, Friday’s program was a collaboration between Fifth House and Graphically graphic artist Ezra Claytan Daniels. To put it simply, Mr. Daniels and members of Fifth House conceived the storyline and script, the music was chosen to correspond to the narrative’s scenes and illustrations were created to convey the story. The end product is a multimedia experience equally dependent on its visual and musical components for success.

After the show Friday evening, Ms. Snoza told me how excitedly Fifth House’s audiences have received their ‘narrative’ programs, particularly Black Violet. She described how people attend their concerts with their eyes closed as to only focus on the ensemble’s virtuosity, while others hardly blink as to enjoy Mr. Daniel’s fantastic illustrations to the fullest. The party at my table Friday precisely embodied this bifurcation. One of my friends hardly noticed the third movement of Brahm’s Horn Trio because she was so smitten with the story’s protagonist – an indescribably cute black cat. I, on the other hand, missed parts of the plot because my ears, and eyes, were drawn to the performers.

Clearly, Ms. Snoza, Mr. Daniels and the rest of the Fifth House team, don’t mind if people pay more attention to one element of their multimedia performances than the other, and this is fine because Black Violet works so well. Both the drawings and performances are prepared and presented with unassailable skill, and the imagination behind the story and musical backdrop is similarly impressive. The quality, design, concept and execution of Friday’s concert was excellent in every regard – as I hit the road Friday night, I was supremely satisfied, if not a little awed.

My approbation, however, comes with one misgiving: I am a little uncomfortable with how the program’s format demands the concertgoer to divide their attention. I suppose, excepting the material differences between them, one could argue Black Violet pairs music an images like Walt Disney’s Fantasia, which is a masterpiece. But, Fantasia is a ballet of animated scenes, mirroring and responding to its musical elements with far more subtlety than Black Violet. Thankfully, the two pieces I went to see – Jonathan Keren’s off-kilter and homespun Hungary is Far Way and Greg Simon’s wistful yet comforting Scenes from Childhood: I. Kites at Seal Rock – fit their parts of the story like gloves. Alas, other works, like the rousing final movement of the Brahms’ Horn Trio – despite being performed at the highest possible level – appeared arbitrary, betraying the great care I know Fifth House and Mr. Daniels put into creating Black Violet’s musical program.

With this said, I don’t want to get carried away. What Fifth House Ensemble does is innovative and important because it makes listening to concert music in a live setting more attractive to more people than traditionally-styled performances. If broadening the group of people who, on a given night, congregate to listen to Brahms, or Greg Simon, comes at the cost of them missing a few notes because Mr. Daniels’ animations are just that captivating, I really can’t complain.

I am, though, curious to see how Fifth House’s concept evolves over time, itself being a metamorphosis of La Poisson Rouge’s and Classical Revolution’s fusion of socializing and concertizing. Maybe, down the road, Fifth House, or a similar group, will create a narrative program with original music to go along with new illustrations and an original story. For now, though, Fifth House and Ezra Claytan Daniels are doing very well, and delivering an unforgettable concert experience.