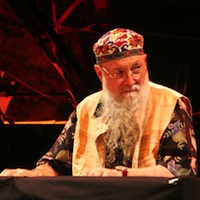 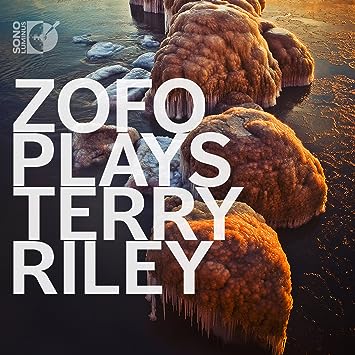 There are CD releases out this week to celebrate the composer. My assessment of ZOFO Plays Terry Riley appears in the CD Reviews section of Sequenza 21 and on my blog.

Nonesuch Records has done right by Riley. They have released One Earth, One People, One Love, a 5-CD boxed set of the complete recordings of Riley’s music composed for Kronos Quartet. The set contains a disc of unreleased tracks, Sunrise of the Planetary Dream Collector: Music of Terry Riley. For those of you yelling – “No fair! I already have the Kronos discs. I want to buy the unreleased recordings as a separate CD!” – Nonesuch is allowing you to do just that, separately releasing these recordings on a single disc.

Once again, happiest of birthdays Mr. Riley! May you continue to write the eloquently beautiful music we have come to know and love for many years to come.