On Tuesday, December 8, 2015 the first Green Umbrella Series concert of the season featured three Los Angeles-based string quartets: Calder Quartet, Formalist Quartet and the Lyris Quartet. Disney Hall was mostly full for the event, evidence of the strong following contemporary music has attracted by this concert series over the years. The music for the evening spanned works by John Cage and Christian Wolff to two world premieres and LA Philharmonic commissions from John Luther Adams and Tristan Perich.

First up was the Formalist Quartet performing Music for Marcel Duchamp by John Cage. Originally written for prepared piano, this piece was arranged for string quartet by Eric Byers, cellist for the Calder Quartet. This opened with a flurry of pizzicato figures that nicely approximated the expected percussive jaggedness of a prepared piano. These irregular rhythms were soon supported with a soft, soothing undertone from the cello. This made for a good contrast and the piece took on an exotic, almost Asian feel. Some sharp rapping on the wooden parts of the string instruments along with some new pizzicato reinstated the rhythmic to prominence and also added a bit of mystery to the mix. Rhythmic textures alternated with smoother sections as the piece progressed. As played by a string quartet this new Byers arrangement of Music for Marcel Duchamp came across as finely drawn and delicate, with a quiet, contained feel – especially in the comparatively vast Disney Hall performance space.

The Calder Quartet followed with Edges by Christian Wolff, arranged by Chiara Giovando. This began with a high, thin sound in the violins followed by a solid pizzicato thump in the cello. More high, stressed sounds followed, adding a palpable tension. At times there were very soft – almost inaudible – sounds that focused the listener’s attention. At other times there were fast and furious runs full of thunder and drama, and at still other times slower, more harmonious stretches. Edges was notated by Wolff using a graphical score and this was skillfully interpreted for strings by Chiara Giovando. This outcome was successful in that there were a wide variety of individual textures and dynamics present that, combined with the precise playing of the Calder Quartet, made for a highly detailed and intricate experience taking the listener beyond the normal boundaries of string quartet music.

Amazing Grace by Ben Johnston followed, performed by the Lyris Quartet. This began with the familiar hymn tune, realized as folksy fiddle playing combined with an appealing harmonization. This soon evolved into a more elaborate sequence that included some excellent counterpoint. More variations followed, increasingly complex, but always with the hymn tune appearing to provide a familiar landmark for the listener. There was a violin solo that sweetly carried the tune, a more muscular tutti passage, alternating fast and quiet sections as well as more relaxed stretches as the piece unfolded. The hymn tune finally became submerged in a series of fast passages in the cello and viola and this swirled about until at last Amazing Grace emerged intact at the satisfying finish. The precise playing of the Lyris Quartet and the skillful weaving of a familiar tune in and out of the more complex passages makes this piece both accessible and enriching. 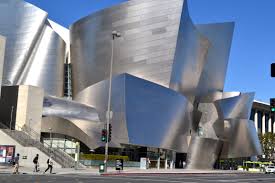 Triple Quartet by Steve Reich followed, a logical programming choice given the assembled forces. All three string quartets took the stage and soon the familiar pulsing and purposeful rhythms so characteristic of Reich’s music rose up from the twelve players on the stage. Reich’s Different Trains came briefly to mind. The ensemble was good, and given the number of players, the syncopated rhythms were tight and secure. There was no attempt to combine like instruments together – all three quartets were seated separately around in a semicircle.

About midway through, a violin solo appeared, adding some pleasing pathos to the otherwise uniform texture. This theme was passed around to the other violins and then through the entire ensemble; this was both effective and engaging. A quiet section followed that added some drama and provided a good contrast to the more strident beginning. This eventually led to a recap of the opening section and the intensity built to a rousing finish that had the audience cheering.

Following the intermission, the Calder Quartet again took the stage for the world premiere of Canticles of the Sky by John Luther Adams. A larger realization of this has been performed at Northwestern University by a choir consisting of 45 cellos, but the version presented at this concert was for a single string quartet. This began with a low, sustained tone in the cello, constructing a solid foundation. The other strings joined in with more sustained tones, forming a lovely harmony that was warm, welcoming and serene. The pitches climbed higher, with each passage bringing new harmonic combinations that were powerful in their simplicity and grace. There is an open, organic feel to this music in keeping with other recent works by Mr. Adams.

Three more movements followed, the second starting on a thin, high tone and working downwards but with the same warm hospitality. On reaching a low, the pitches worked their way back up again to the starting point. The third and fourth movements proceeded in a similar fashion, but with added vibrato that brought a nice variety to the texture. The beautiful harmonies and the quiet, spiritual feel of this piece seemed always in danger of being swallowed up by the spacious Disney Hall – this is an intimate work and might be better served by a more cozy performance environment. Canticles of the Sky, for string quartet, captures all of the virtues of Adams’ music in a compact, accessible package.

String Quartet by George Brecht followed and this had all three string quartets sitting on a darkened stage in separate circles. A spotlight shined on the first quartet, who got up from their chairs, shook hands, and returned to their seats. A short period of dark silence followed, and the second quartet was similarly spotlighted, arose and shook hands as well. The third quartet was then highlighted and they also arose and greeted each other similarly. By now the audience was more than suspicious and at last all three quartets were spotlighted so that that the twelve players greeted each other before assembling in a long line on the stage for a bow. This Event Score proved to be a good conceptual interlude for audience and players alike.

The final piece of the evening was the world premiere of Triple Quartet by Tristan Perich. Commissioned by the Los Angeles Philharmonic, this piece had twelve speakers arrayed in a semicircle around the twelve players of the three quartets. The sounds from the speakers were intended to combine with the playing of the string quartets. As Andrew Berardini wrote in the program notes: “The liveliest of human sounds couples with the algorithms of our machines, the squelch of data and the heat of life sonically mingle so that one cannot be separated from the other.”

Triple Quartet opened with a vigorous, syncopated rhythm in the violin with a lively counterpoint in the cello. More violins entered, accompanied by more cello, and the result was an engaging groove with a distinctly minimalist feel. The timbre was nothing like that expected from strings alone and the electronics added a kind of wood wind sheen  to the sound. It was as if some great pipe organ was playing using exotic stops. The ensemble among the twelve performers was impressive given the quantity and complexity of the electronic sounds pouring out of the speakers. There were smoother stretches that offered a welcome contrast, but always a new and satisfying rhythmic pattern would emerge, propelling the piece forward.

The minimalist gestures and driving beat recalled the Reich piece heard earlier, but the Perich addition of electronics created a more successfully diverse texture and appealingly complex surface. The playing by the three quartets was both prodigious and precise and all were rewarded by sustained applause at the finish.