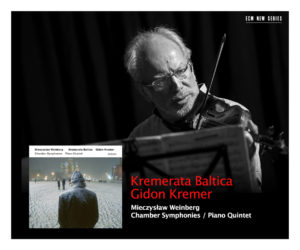 PRINCETON – I’ve wanted to hear violinist Gidon Kremer perform Estonian composer Arvo Pärt’s iconic work Fratres live since I was a teenager. Back then, Kremer’s rendition of the work on an ECM Records New Series CD was transfixing and game changing: it became an almost totemic art object for me as a composition student. On February 3rd, I got my wish at McCarter Theatre in Princeton. Unlike the recording, here Kremer pushed the proceedings forward, taking a quicker tempo and engaging in more taut phrasing than he did on the CD. The work is still transfixing, but it was moving to hear its story retold in a new way.

Kremer and Kremerata Baltica, the chamber orchestra of Eastern European musicians that he leads, have a new ECM CD out, this one of the Chamber Symphonies of Mieczysław Weinberg, late works that sit astride Mahlerian late Romanticism and modernism that is a close cousin to the works of Shostakovich. Clarinetist Mate Bekavac, who also appears on the recording, was a sterling-toned soloist, unwinding breathless phrases and coordinating and blending seamlessly with the strings.

The second half of the concert had an interested concept that provided a bit of dramatic flair. Kremer began it with Tchaikovsky’s Serenade Melancolique, leaving the stage on the last note, which led directly into Kremerata Baltica’s rendition of Mussorgsky’s Pictures at an Exhibition. This was resolutely played, but the absence of brass and winds led to some strangely attenuated passages (Andrei Pushkarev, a percussionist, performed formidable gymnastics to reach all of the score’s instruments). At the piece’s conclusion, Kremer returned to the stage, playing Valentin Silvestrov’s solo Serenade nearly attacca.

There were yet more surprises to come. Two encores, Stankovich’s Lullaby and Alfred Schnittke’s Polka gave the audience distinct flavors of music-making – one poignant and one buoyant – to send them home.

This is Kremer’s seventieth birthday year. To celebrate, he has not only released the Weinberg disc on ECM, but has also recorded Rachmaninov’s Piano Trios and the Philip Glass’s Violin Concerto (available on vinyl!) for DG. 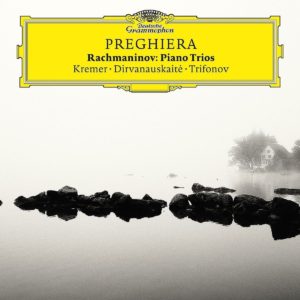 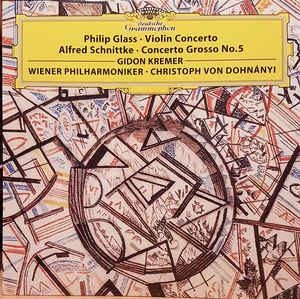