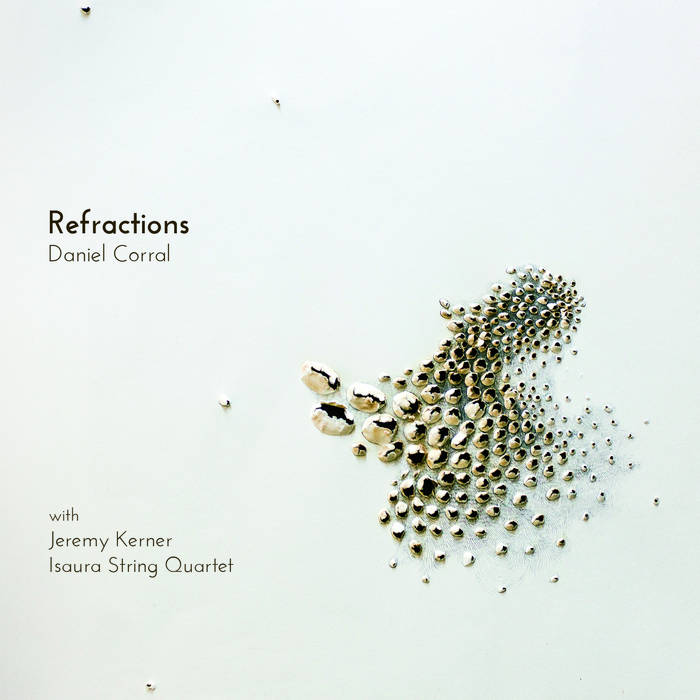 LA-based Populist Records has released another treasure trove of unusual ambience. Daniel Corral’s Refractions, featuring the composer on music box laptop alongside electric guitarist Jeremy Kerner and the Isaura String Quartet, captures a compelling ambient composition. Delicate strains from guitar and strings are offset by bell-like interjections from Corral’s music box and swaths of sustained sounds from his laptop. The piece begins with all of these various textures and gradually is winnowed down to the music box, supplying minimal punctuations and offset repetitions in a slow ritardando until the piece’s delicate denouement and eventual close. Given the deliberate limitation of resources and lassitude of pacing, this slowly evolving piece of music is spellbinding in its execution. Rather than foregrounding the incremental shifts of material, the listener is encouraged to bask in a wash of sounds, varied and lovely timbres that are deployed with enough independence to seem to have minds of their own.