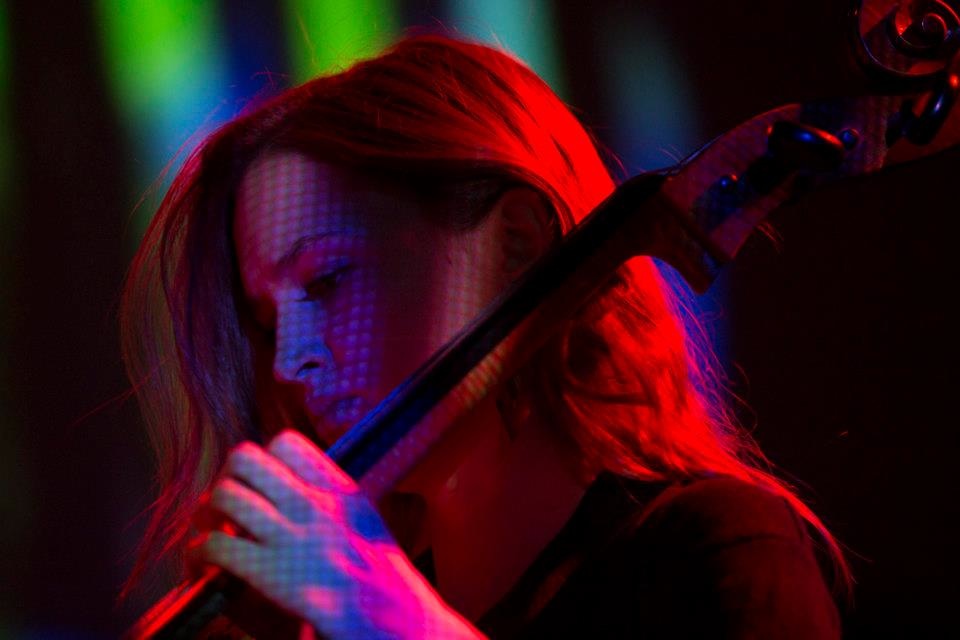 Cellist Mariel Roberts’ second solo album, Cartography, provides a stylistically diverse set of pieces that are all played compellingly and with earnest commitment. Eric Wubbels’ ‘gretchen am spinnrade’ has little to do with Schubert apart from taking the spinning wheel as its motivation. Indeed, spinning gestures abound, but they are hyperkinetic in terms of speed and demeanor (Wubbels plays the piano with almost daemonic fury). Roberts is required to retune her cello, employ microtones, and scratch strings with her fingernails. The propulsive sections are on the edge of assaultive, and when the piece takes a breather and moves into more atmospheric territory, the listener may well realize that their shoulders are around their ears. That said, it is a most impressive work, from the standpoint of virtuosity and extended techniques and in the dynamic interplay between the performers.

Cenk Ergun’s Aman is quite different. It relies first on percussive effects, with clocklike pizzicatos moving from higher register to low open strings. Grating string sounds are set against electronics, some of which take on an old-school analog cast while others play off the percussive sounds in the cello. Again, pacing is key. Where Wubbels seemed eager to take listeners to the edge, Ergun places his sounds carefully and purposefully, allowing each one to settle before the next follows, creating a fascinating blend of acoustic and electric sounds. The long denouement, where Roberts finally gets to play some bowed sounds, replete with microtonal haze and delicious slides, is a welcome surprise.

Spinner, by George Lewis, begins emphatically, with double stop glissandos, tremolandos, and slashing gestures. Despite its modernist demeanor, it is actually the most conventionally scored piece on Cartography. While the elements are ones that appear in plenty of contemporary repertoire, without electronics or fingernail scratches to adorn them, Lewis incorporates this vocabulary into a spiraling form (hence the title) that allows for discontinuous development; it is a fascinating compositional design. Indeed, ‘spinner’ is my favorite work thus far of his in the concert tradition.

There are relatively few notes in Daneil Brynjar Franzen’s The Cartography of Time, a sprawling amplified work more than twenty minutes in duration. But each note is wrung of every bit of resonance, making it seem to truly matter. Against the pitches is an exaggerated whoosh of unpitched string sound, providing a rustling and airy background. Partway through, the piece abandons lower notes for high harmonics, which reverberate intensely. Then the two are combined to great a ghostly duet. Then still another, yet higher, set of harmonics enter, making a registral trio. The slow fade that ensues is one to savor.

Roberts thus treats us to a program in which there are works that use material sparingly and those that exude abundance. Cartography is an engaging listen from start to finish. One might ask how she can top it, but then her first album, 2012’s Nonextraneous Sounds, engendered similar questions, so watch out for what Roberts has yet in store for us!