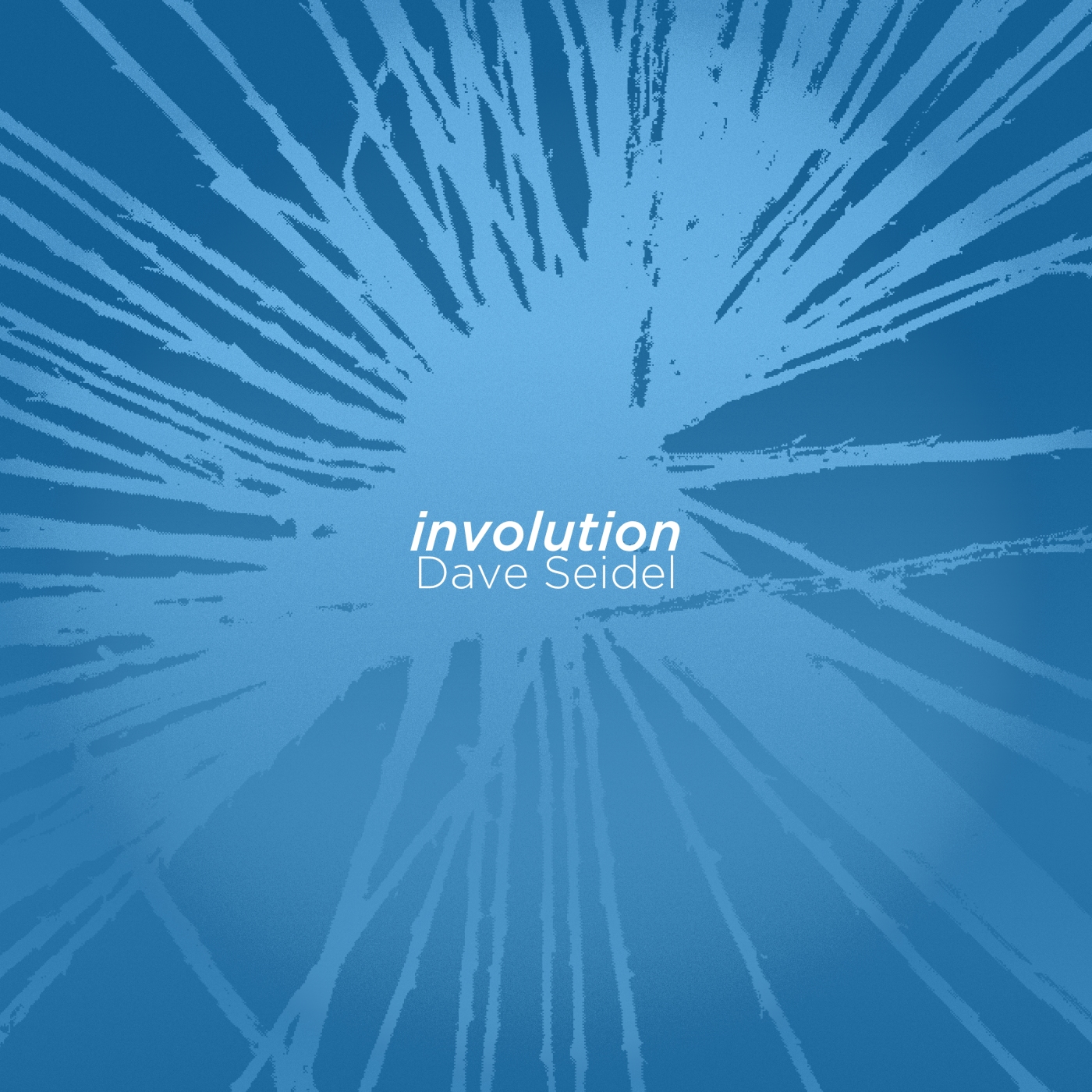 XI Records has recently released a new dual CD set by Dave Seidel titled Involution. The album consists of two extended works, Involution and Hexany Permutations, that together comprise well over two hours of electronic music. Strongly influenced by La Monte Young and Alvin Lucier, Involution is an extensive exploration of the sonorities that are possible outside of the conventional well-tempered Western scale. Each track features a series of sustained tones presented in layered and changing combinations so as to systematically reveal the implicit harmonies possible in the selected scale. In this album, Seidel incorporates the Wilson-Grady Meta Slendro scale, the just-intonation Centaur tuning divided into the Scriabin-derived Prometheus scale, the Hindustani Marwa scale and two six note scales. According to Dean Rosenthal’s excellent liner notes: “Involution was made with modular synthesizer and Csound, everything played together in real time and each track recorded as a single take. The pitches are driven by a sequencer in the modular system, and are also sent as MIDI notes to Csound code running on a Raspberry Pi 4.”

The first three tracks of the album comprise the title piece, Involution. The sonorities of each track are fashioned from a separate tuning and each of the these tracks has a duration of 23 minutes. The tracks of Involution are built on three layers: a low foundational layer, a middle register of mixed sine tones and a final clustering of tones above. The layers consist of generally sustained, flowing tones that vary smoothly in sonority and dynamics. The structure of each track is based on changing the mix of the pitches in the chosen scale to slowly uncover the harmonic possibilities as the piece proceeds. Each layer is unfolds at a slightly different tempi, and this induces a pleasing variety that propels the piece along.

Involution 1 is based on the Meta Slendro scale, and begins with a low metallic hum that is like the inside some great whirring machine. This soon morphs to a less mechanical sound and, as the tones thin out, a distant, faint melody of beeping can be heard underneath. This, along with the generally warm sonority in the lower registers, gives a welcoming feel. The various tone clusters are sustained, but not static – there is always something happening to engage the ear. The sonic surfaces are constantly changing and shifting in subtle ways as new combinations of agreeable pitches continuously appear.

Involution 2, based on the just intonation Prometheus and Marwa in Centaur tuning, continues with the same forms and textures. All the layers now take on a slightly higher pitch with some dissonance that brings just a touch of tension. The upper tone clusters occasionally climb higher and sharper – sometimes resulting in a pulsating ringing – and this becomes a bit grating at times and less friendly to the ear. The deeper sustained tones still have a certain majesty that does not intimidate and the low beeping underneath remains a reassuring presence.

Involution 3 is based on a 12-note scale devised by the composer and begins with the familiar low metallic hum, warm but purposeful. Middle-register pitches are now in the mix and very soft beeps can be heard in the lowest registers. The higher tones seem to have a more aggressive feel and begin to dominate, adding a sense of urgency. At times, the lower tones reassert to reestablish the opening warmth, but the higher pitches often appear suddenly. Overall there is a greater mix of low and middle register tones – less warmth and more diversity – that brings a sense of slightly increased tension. Involution 3 is never intimidating or aggressive, but seems to have evolved away from the lush grandeur of the first track. The depth of the sonorities in the Invocation tracks is impressive, especially when the lower tones predominate.

Hexany Permutations, the second work of the album, has six discrete sections of 13 minutes each and rigorously examines the harmonic possibilities of a microtonal six note scale. The form of the piece is similar to Involution, with sustained tones uncoiling in smooth layers, but the process of selecting and sounding the pitches in their various combinations is more systematic. The two-note, three-note, four-note, five-note, six-note chords and the one seven-note chord were pre-selected by a simple algorithm and are not in any sequence driven by musical intent; the idea is to let the harmonies unfold naturally to the ear. As the liner notes explain: “… the full catalogue of combinations of the scale is varied by inversion, retrograde, and other strict yet rudimentary manipulations (‘permutations’) without alteration or interference, each variation becoming the discrete section.” The intent of Hexany Permutations is similar to Tom Johnson’s The Chord Catalogue (1986), a piece in which all 8178 chords in a single octave are sounded on a piano. Seidel has aimed at improving on The Chord Catalogue idea by giving the sustained tones of his Hexany chords the space to ring out in their full sonority.

So, what does all this sound like? Hexany Permutations 1, the first track of this piece, has a bright, almost sunny feeling – we are out of the shadows and into the sunlight There is a plateau of pitches here with no very low tones. Some dissonance eventually creeps in, underlying an arpeggio-like melody, and this darkens the mood somewhat – like a cloud passing overhead, on a sunny afternoon. As the piece proceeds, the constituent tones of the mix now seem to be more varied and less cohesive harmonically – a sense of unraveling.

Hexany Permutations 2 features middle and high register tones, sustained and slightly dissonant, sounding almost like a warning siren with slowly varying mixes of pitch. There is, simultaneously, a reassuring and slightly alarming quality to this. No lower tones are present, and the middle and high register tones mix in different ways. Hexany 3 returns to somewhat lower starting tones, but the middle registers predominate. This has a mostly comfortable feel but the higher registers in the mix are less consonant and add a bit of tension. The ebb and flow of the tones throughout constantly changes the character of the sound in this section as it oscillates between a high dissonance and the warm lower tones.

Hexany Permutations sections 4 through 6 continue in the same manner and begin with a broad middle register wash. The feeling is warm but purposeful. In Section 5 higher tones sound above the comfortable middle and this adds a bit of uncertainty. The swelling and receding pattern of the tones throughout accentuates this contrast very effectively. By Section 6 the upper registers begin in a brightly optimistic wash and morph into contrast with a buzz-saw harshness in their dissonance. There is a sense of the mechanical overtaking the organic across the final three Sections and this seems to be a sadly accurate metaphor for our 21st century modernity.

Despite the neutral presentation of its harmonic sequences, Hexany Permutations is surprisingly successful in communicating a wide variety of emotions and sensations to the listener – as does the entire Involution CD. The use of microtones and alternate tuning in new music has, broadly, been the search for meaningful harmonic syntax while contending with a thicket of mathematical formulations and the difficulties of making new pitches on instruments that have been shackled to an equal-tempered tradition for over two hundred years. Involution is a milestone in the process of getting directly at the core of problem: translating a new harmonic structure into the music of emotional expression.