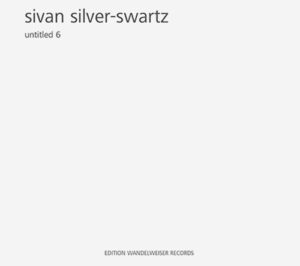 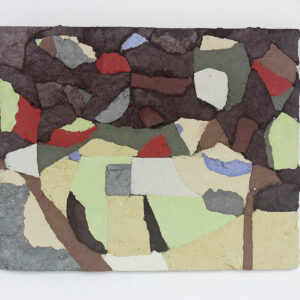 Another Timbre CD at168

At twenty-eight years of age, Sivan Silver-Swartz is the youngest member of the Wandelweiser collective. A native of Ohio, he received his undergraduate degree at Oberlin College and then relocated to California to get his Master’s at CalArts. He has remained in Los Angeles since getting his degree in 2019.

Silver-Swartz’s work fits in well with the interest of Wandelweiser composers in the New York School, notably late pieces by John Cage and Morton Feldman. Six of his string player friends perform Untitled 6, an hourlong piece that takes its cue from the slow, soft music Feldman favored and that Cage adopted in his Number Pieces. Silver-Swartz pursues a quasi-aleatoric device in the score, with one chart of events that “change and do not return” and one of events that “change but do return.” The design of the events structure is the composer’s, but it gives the musicians considerable latitude in realization. There is a fair bit of overlap and harmonic presentation in Untitled 6 and the tuning reveals overtones from just intonation. The pace is steady and gradual, sumptuously so.

Antoine Beuger is one of founding members of Wandelweiser. From 2003-2005, he wrote a series of pieces, each for a different ensemble, that referenced cultural or intellectual figures in their titles, including Canto, Ockeghem, and Tschirtner; these three have all appeared on the label Another Timbre. The group Apartment House recorded the fourth in the series, Jankélévich Sextets, written for an interesting hybrid ensemble consisting of three strings (violin, viola, and double bass), bass clarinet, bassoon, and accordion. Vladimir Jankélévich (1903-1983) was a philosopher and musicologist. A French child of Russian-Jewish parents, he fought in the Resistance during the Second World War and later taught at the Sorbonne.

Jankélévich Sextets is also an hourlong piece that is primarily slow and soft. The performance instructions indicate that tones should be “very quiet; long to very long,” and that rests should give time to breathe or be much longer. Each pagelong section starts with a unison pitch in all voices (notes may be played in any octave) followed by an additional six pitches on each staff, with some repeated notes. Beuger indicates that the number of these sections used in a performance, as well as their ordering, is free.

Generally, the Sextets are, in this recording, presented in a thicker texture than that of Untitled 6. Given the freedom of ordering provided, the sense of trajectory alongside spontaneity is noteworthy. Octave displacements and freedom of pacing result in complex verticals, which are frequently fascinating. Arresting too are the places where simple intervals are given voice. For example, a multi-octave presentation just shy of twenty minutes in is a powerful point of arrival.

Neophytes who think that Wandelweiser pieces must all ‘sound the same,’ because of the affinity of its members’ aesthetic aims, would do well to compare these two works. They may be contained in similarly constructed vessels, but each has an individual character all its own. Kudos to the performers of both pieces for their tremendous attention to detail and keen sense of collaboration.