An Evening of Chamber Music by Beth Anderson at Brooklyn’s St. John’s Episcopal Church on November 17 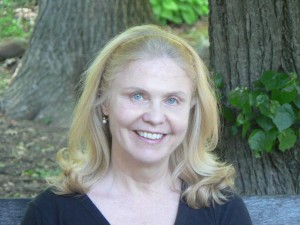 Flute and piano works to be performed are The Bluebird and the Preying Mantis, Dr. Blood’s Mermaid Lullaby, September Swale and Kummi Dance. The program also includes her Eighth Ancestor and Skate Suite for baroque flute, alto recorder, cello and harpsichord.

This concert is free and open to the public, however a free will offering will be taken to support the replacement of the church boiler. For directions to St. John’s Church and more information about the concert, call 718-636-6010 or visit http://www.facebook.com/ConcertsOnTheSlope.

The Bluebird and the Preying Mantis is the first piece Ms. Anderson composed for Andrew Bolotowsky, from about 1979. He’s the bluebird. The accompaniment is the mantis. She writes about Dr. Blood’s Mermaid Lullaby, “One night I had a very bad dream about Dr. Blood stealing my blood. I woke up and wrote what felt like the antidote to this dream – a kind of underwater lullaby with mermaids and a music box. Since the imaginary Dr. Blood was the “cause” of the dream, I gave him credit in the title. I felt much better afterwards.”

September Swale (seen above) combines various oriental scales with Satie-like lyricism and was premiered in Ghent, Belgium. Kummi Dance (in this version for flute & piano), was commissioned by String Poet and based on the poem of the same name by Pramila Venkateswaran.

Beth writes, “The Eighth Ancestor is a character that I read about in a zen book entitled Selling Water By The River. This ancestor’s message is that it does no good to be angry. The music, in an attempt to reflect this message, is not angry music. It resembles a lullaby and a hora…Skate Suite was commissioned by Diane Jacobowitz & Dancers. The dance was related to skating in some way and so I used that idea to compose the music.”

Visit Beth’s YouTube channel at http://www.youtube.com/user/135east?feature=mhee#g/f. For more information about her, including a bio, list of works, discography and much more, please visit http://www.beand.com.