Some of the most timeless, gripping, modern and surprising music I hear consistently are the vocal works of Renaissance Italian composers and their associated circle – Monteverdi, Gesualdo, the great Madrigalist Luca Marenzio. Saturday night at Miller Theatre I heard music from composers who were new to me – Giovanni Maria Trabaci, Il Fasolo (not Giovanni Battista Fasolo) and Marco Marazzoli – in a revelatory and affecting concert from the great early music ensemble, Le Poème Harmonique, led by Vincent Dumestre.

Why Renaissance music at Sequenza21? First, Miller is as important for their early music programming as they are for their Composer Portraits, and second, they build the connection between the two eras not only abstractly through the two series but through a newer exploration of the past by way of the present. Last season they began a Bach Revisted series that paired early and new music musicians and programs (I saw an excellent concert with Kristian Bezuidenhout playing C.P.E., W.F. and J.S. Bach accompanied by Ensemble Signal, who themselves gave a masterful performance of Michael Gordon’s Weather, and since you can’t have Gordon without Reich and Reich without Bach, there’s nothing to argue ). The series continues this year with concerts that pair Bach with Kaija Saariaho, Reich and Joan Tower.

This fits into the ongoing history of music, where composers continue to write a cappella vocal works. I had a significant dose of them from John Zorn, including a set he explicitly calls “madrigals,” and there’s a good handful of contemporary vocal music built on the work of the ancient pioneers that has not only crossed my desk but been in the news this year. The critical point of all of this is that the old music is for the most part so much more daring, free and innovative than what I hear from contemporary composers, with some notable exceptions.

New vocal music has had a moment this year with Caroline Shaw’s Pulitzer Prize award for her Partita, which appears on the debut disc from Roomful of Teeth. There’s nothing particularly wrong with the piece, but not much right about it either. There are contemporaneous vocal compositions that do some of the same things, do them better, and go beyond. Partita is polite music with a few accessories that might appear experimental but that are, in 2013, ordinary things in a composer’s toolbox. The teleology of her texts is shallow and brittle. Spoken words? Berio wrote and adapted far more compelling texts. Phonemes? Kenneth Gaburo’s works are older than Shaw and are still experimental. These tools are also better used in choral works on an excellent new CD of music from composer Kevin Puts. His work doesn’t sound as superficially ‘new’ but he makes richer, deeper and more proficient music with the same elements of text and fragmented vocal sounds. 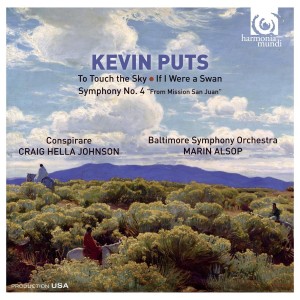 His harmonies are also involving, and this matters. Harmony is the essential feature of the history of this music, it’s through the voice that composers created polyphony and counterpoint. But we’re supposed to know so much more today than they did in the 17th century, so why does Gesualdo sound so much fresher and newer than most new vocal music? His harmonic flights of fancy are surprising and effective because he creates a context that is clear, logical and describes the terms he’s working with. There is a fashion in contemporary vocal music of tossing in dissonant or extended chords that, since it’s in opposition to the overall harmonic context, comes off as a self-conscious way of asserting new music bona fides. That is one of the traps that Zorn’s work can fall into.

At edge of the trap but never falling in is a new work from Gregory Brown, Missa Charles Darwin, available in an engrossing recording from New York Polyphony. Brown works with history in two ways, cultivating a refined sense of vocal polyphony while setting Charles Darwin’s writing from On the Origin of Species, The Descent of Man and various letters. The harmonic motion is mostly strong and logical, though parts like the “Alleluia” section suffer from jarring modulations. It’s a strong work overall, though, and in particular Brown is the only contemporary composer I can recall who crafts vocal lines that have the same sense of independent harmonic rhythm and expressive freedom that makes the madrigals of Monteverdi and the like so powerful (there’s a fine companion to Brown’s piece, another new recording from New York Polyphony, Times Go By Turns, a collection of works from Byrd, Plummer and Tallis).

It’s enduringly strange to me how the techniques of Monteverdi have been left by the wayside. The combination of voices singing the same text, in counterpoint and rhythmic opposition, is one of the most beautiful and involving sounds in music, across all genres. Add words like:

(I watch, brood, burn and weep; and she, my undoing
Is ever before me, causing such sweet sorrow;
Warfare is my state, full of anger and pain,
And only thoughts of her bring me peace)

have immediate personal meaning to us across the centuries. Setting them as Monteverdi did gives them physical urgency and so the Miller Theatre concert was exciting and moving. Le Poème Harmonique, like other early music groups, sees this music as coming from the earth, the groin, not the mind and the heavens, so there is fire and humor. The program was “Combattimenti” which you can hear on this marvelous CD; it included Il Combattimento di Tancredi e Clorinda. It ended with Marazzoli’s La Fiera di Farfa, an astonishing dramatic parody of Monteverdi. For a while, it’s a dazzling picture of a fair, with hawkers, gawkers and more calling out, arguing, dancing. The parody comes near the end, when a ball breaks out and two gentlemen, friends, begin to fight. It seems in deadly earnest until the loser calls off the coup de grace by singing “Friend, you have won: I forgive you; you forgive me too. Indeed, in such circumstances it is a fine thing to be a base coward.”

In no way was this the experience of gazing quaintly back at the humanism of the past. Dumestre did something remarkable in this concert: there are songs within the larger piece, sung by characters inhabiting the fair, not only the faux-fight “Guera e Mort,” but two remarkable ballads, sung beautifully by tenor Serge Goubioud, “È no ssusciame’n canna (He cannot play a flute)” and “Vurria’addeventare pesce d’or (I’d like to become a golden fish).” In these moments, Dumestre moved the accompaniment from continuo-recitativo style repetitive bass and chord accompaniment, with a modern, vernacular sense of articulation and syncopation. Goubioud moved his voice from throat and head to his chest, and we were hearing popular music, as in-the-moment today as it was 400 hundred years ago. It felt liked the Marazzoli was here to keep us company with the knowledge that he knows our cares and loves and worries, because they are the same ones people have across epochs. The past is never past, the music of all eras speaks to us eternally. 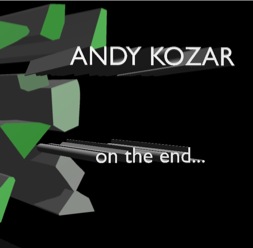 But it would not if it wasn’t made with imagination and conviction. Those are the essential qualities of Andy Kozar’s remarkable recording On the End … . This is a superb collection of music, all the pieces exploring the possibilities of contemporary notation and instrumental playing. Kozar uses a variety of techniques, including graphic notation, and from the knife’s edge focus of the playing (Kozar plays trumpet and is joined by his colleagues in loadbang, Miranda Cuckson and others) it’s clear that he conveys his ideas to his musicians with precision and power.

The centerpiece is a Mass that has its foundation in the traditional movements and texts yet an expression that is at the cutting edge of creativity. Jeffrey Gavett’s voice croons and spits and shouts the words, through mellifluous lines and extreme intervals, while the instruments respond, sometimes amicably, sometimes antagonistically. There is a moment-to-moment fragmentation but an overall consistency of effect: the unfathomable mystery of death and how to express our incomprehension. Kozar steps outside the clichés of comfort and process, he never ingratiates and always fascinates. Like Le Poème Harmonique’s concert, it makes the past eternally alive, present and important.