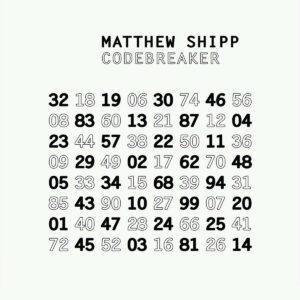 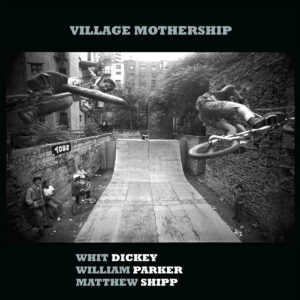 In both solo and group settings, Pianist Matthew Shipp has continued to prolifically record in 2021. His collaborations with longtime partners, drummer Whit Dickey and bassist William Parker on Village Mothership, and Procedural Language, a celebration of his two-decade musical odyssey with saxophonist Ivo Perelman, are scintillating reminders of Shipp’s development of a fluid musical language that adapts to different scenarios. In these, he simultaneously suits and provokes the playing of his colleagues. In turn, Dickey, Parker, and Perelman bring out some of the best in Shipp. Over the years, their work has been formative in creating captivating examples of ecstatic jazz, as evidenced by the three CDs featured here, which are among our selections for Best of 2021.

A feature on the solo release Codebreaker is rapid shifting between surface rhythmic patterns while keeping the same underlying tempo structure. This is particularly evident on “Spider Web,” where right-hand oscillations and trills mimic the knitting activity associated with the title. Just as one begins to forget where the downbeat resides, Shipp supplies a deft reminder with a brief chordal and walking bass texture, revealing that the melody has ventured afar. We hear this too on “A Thing and Nothing,” the opening piece on Village Mothership, where in the midst of a steady midtempo articulated by the rhythm section, Shipp adopts solo breaks of propulsive angularity that fit odd groupings into the meter. Similarly, “Track 5” of Procedural Language features Perelman and Shipp playing melodic gestures with different sets of syncopations, Perelman starting his gesture after a rest off the beat and Shipp eventually moving from a dueling melodic role to chordal punctuations and swinging bass register interpolations. Independent rhythmic activity, either between the hands or among groups of musicians, is one of the hallmarks of free/ecstatic playing. It is the level of sophistication and interaction that these players can accomplish that suggests the language is ever-evolving. In this Dickey is simply a marvel. When one compares earlier recordings to his current approach, it is clear that he has reinvented his role behind the kit with poly-limbed polyrhythms abounding.

The aforementioned rapid juxtapositions in rhythm are joined by corresponding contrasts of harmonic color and melodic inventiveness. Dickey and Parker are involved in customary rhythm section roles, but they telegraph and respond to melodic material in such a way as to make the trio texture seamless. The voicings Shipp picks are often made more intricate by bass note choices from Parker. The two often engage in duets between multiple bass lines, one by Parker and another by Shipp, which anchor the music and allow that register a sense of melodic as well as harmonic import. The duets Perelman and Shipp engage in often resonate with overtone series upper partials that create a series of polychords against the grounding of the bass register. Perelman’s addition of microtones to the mix also involves bending notes in bluesy fashion and alluding to nonwestern music with complex scalar passages. Shipp has incorporated 20th century classical harmonies into his playing for years. There is no more eloquent example of this than on Codebreaker’s “Suspended,” a memorable ballad in Schoenbergian style.

The Procedural Languages set also includes an hourlong DVD of the duo live in San Paolo at SESC and a thoughtful booklet essay about their artistic partnership by Jean-Michel Van Schouwburg. Many Perelman/Shipp recordings have been made, but a document with video and discussion of their work puts this at the top of the list. Likewise, A Village Mothership captures the go-to trio for ecstatic jazz at the height of their powers. Finally, Codebreaker reveals that Shipp is capable of topping himself with inquisitiveness, imagination, and superlative technique. Recommended.