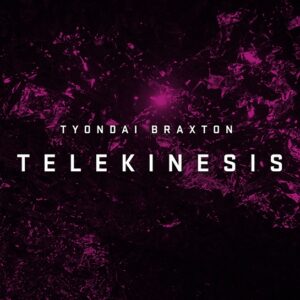 Telekinesis is Tyondai Braxton’s largest piece to date.  It is inspired in part by the Japanese manga classic Akira, the story of a young boy’s discovery of his telekinetic powers and the disaster that ensues. Commissioned by the Southbank Centre in London and Musica Nova Helsinki Festival, Telekinesis is scored for electric guitars, orchestra, choir, and electronics. It is the latter that Braxton has thus far been associated with, but Telekinesis includes large sections of notated music, blending with the electronics to make thickly layered amalgams.

The performers on the Nonesuch/New Amsterdam recording are the Metropolis Ensemble, conducted by Andrew Cyr, the Brooklyn Youth Chorus conducted by Dianne Berkun Menaker, and The Crossing conducted by Donald Nally. The coordination between these various forces and the electronics is superb. I am reminded of a performance by The Crossing of James Dillon’s Nine Rivers, where the choir held its own against formidable acoustic and electronic elements and created powerful chords built from intricate harmonies. The same is true of the Brooklyn Youth Chorus, who are given challenging parts that bely their ages, yet turn in a superlative performance. The super-orchestra that is created by the various elements remains engaging throughout.

The piece is cast in four movements. “Overshare” begins with shimmering strings to which are added spooky synth arpeggiations and oscillating percussion. The way in which the ensemble is gradually incorporated to bolster the electronics sneaks up on you. Strummed harp imitates the rolled synth chords, brass adds to the vertical component, and insistent drumming provides forward momentum. Towards the end of the movement, disjunct melodies softly turn around sustained unisons with the harp and crescendoing brass filling out the frame.

“Floating Lake” starts hushed. A sudden interruption by the string figure and the “telekinetic” motive that appears in each movement muddy the waters only to have the music quickly return to placidity. This alternation reoccurs throughout the movement, the interruptions becoming longer and more emphatic. Phaser bleeps add a sci-fi cast to things. One senses that Akira is coming to a climax in this imaginary soundtrack.

The final movement, “Overgrowth,” is an intense conclusion, employing every member of the forces in an ominous movement that presses forward with thrumming beats and dissonant verticals. The Crossing’s male singers respond in lower registers to the string chords and children’s choir. Bleak brass solos give the music a tragic cast. A new synth motive arrives about halfway through, providing a disjunct foil to the chords from the ensemble and choirs. Added to these are held bass notes and a martial pattern from the timpani. The synth theme is transferred to brass and low strings add another ostinato. The texture abruptly thins, and another wandering synth melody is presented. Soft brass chords are followed by a pause. Then pianissimo percussion leads the piece to its enigmatic conclusion.

An ambitious and imaginative piece, Telekinesis is Braxton at his best.