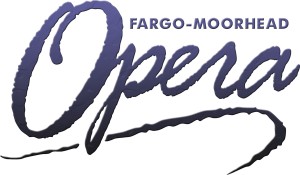 There is an audience for new opera out here on the prairie. Fargo-Moorhead Opera staged two world premieres this past weekend: Buried Alive (music by Jeff Myers, libretto by Quincy Long) and Embedded (music by Patrick Soluri, libretto by Deborah Brevoort). Both are part of American Lyric Theater’s Poe Project, in which creative teams were commissioned to write operas inspired by the works of Edgar Allan Poe. The operas staged in Fargo used a group of six singers and a chamber orchestra.

Buried Alive is a paraphrase of Poe’s short story “The Premature Burial,” with modern twists. Baritone Christopher Burchett brought a powerful voice to the role of Victor, an artist haunted by nightmares that he would be mistaken for dead and buried alive. Soprano Sara Gartland was his wife Elena, deeply concerned about her husband’s descent into madness. Musically, Myers’s score was deeply affective, with special mention for the trio in the embalming scene (a darkly humorous gigue sung with great panache by mezzo-soprano Jennifer Feinstein, tenor Jonathan Blalock, and soprano Caroline Worra) and Victor’s aria “O death.” On stage but silent for most of the proceedings was bass Nathan Stark’s gravedigger, who provided the narrative frame. (The general manager apologized on behalf of Stark just before the opera, saying he was under the weather. You would not have known this from the performance, however.) Long’s libretto captures the feel of Poe’s original, and in some cases uses words drawn explicitly from the story.

Embedded takes “The Cask of Amontillado” and spins it into a satirical look at TV news, fame, and aging. Caroline Worra showed considerable skill as news anchor Sylvia Malow, the “most trusted name in news.” Jonathan Blalock brought humor, clarity, and a huge makeup case as Sylvia’s assistant Maurice. Sara Gartland was the up-and-coming “reporter on the go,” Victoria Reilly, whom Sylvia (rightly so, as it turns out) views as a threat. Christopher Burchett was the producer for the newscast (and an implied paramour for Victoria, helping her move up the ranks to dethrone Sylvia). Jennifer Feinstein did double duty as the camerawoman for the newscast and as the voice of the GPS (without giving away too much of the plot, a GPS is involved). Rounding out the cast, Nathan Stark played the Italian terrorist Montresor (a nod to the narrator/protagonist of Poe’s short story). This was grand opera in miniature, with Soluri’s inventive score flowing seamlessly to and from cheesy cable-news promo music, a witty and inventive tango involving Sylvia, Montresor, and cell phones, and a soaring aria. This is Sylvia’s story; indeed, the opera is almost a monodrama for soprano, and it was done with amazing skill by Worra, who should be a household name in the world of opera. Librettist Breevort inverts Poe’s original plot – without giving away too much, the alleged victim achieves a triumph of sorts over the killer and other demons.

Both works showed skillful direction both on stage (Lawrence Edelson directed Buried Alive, Sam Helfrich directed Embedded) and in the pit (where maestro Kostis Protopapas led a chamber orchestra of eighteen players). The staging, by Zane Pihlstrom, was contemporary without being overwrought or gimmicky. A group of suspended screens and one larger, more rectangular surface were used to great effect in both works, with Victor’s madness shown in abstract designs and close-ups of a human eye in the first work, and wonderfully meta newscasts in the second (I wish CNN would run a story on a fight for the remains of Edgar Allan Poe!).

As many major American opera companies are leaving the scene, perhaps it will be up to these smaller companies (F-M Opera’s annual budget is less than $500,000) to maintain the long tradition of commissioning new operatic works. Audience response was overwhelmingly positive, and the Reineke Festival Concert Hall on the campus of North Dakota State University was filled to near-capacity. There was nothing parochial or low-rent about this production. There is an audience for new opera, and perhaps it is in unexpected places like Fargo.