On Thursday, September 7, 2017 the Soundwave Concert Series in Santa Monica presented music from Trajectories, the new CD from Michael Vincent Waller released this month on the Recital label. Pianist R. Andrew Lee, in town from Denver, and cellist Seth Parker Woods from Chicago were on hand to perform, having recorded the album in Kansas City last year. A good-sized crowd assembled in the Martin Luther King Auditorium to hear this latest release from the New York-based Waller.

by itself (2016), for solo piano, was first up on the program and the album notes by “Blue” Gene Tyranny  state that this piece “…describes a quiescent state of solitude but leaves the specific image to the mind of the listener.” The opening notes fall quietly from a simple chord and have that gentle, inward-looking feel so characteristic of Waller’s music. No heavy-handed chords or bold declarative statements disturbed the smoothly tranquil texture. Subtle and almost nostalgic in prospect, the economy of musical materials and the Lydian mode scale combined to agreeably invoke a state of quiet contemplation. The acoustics in the hall complimented the playing by R. Andrew Lee, who perfectly realized the understated essence of the score. Not quite six minutes long, by itself carries the listener on an inward journey so intriguing that time seems to be in suspension.

Visages (2015) followed, a piano solo in eight short sections and on this occasion five were selected for performance. Each of the sections offered a different musical visage and these were variously flowing, animated and purposeful, dance-like, questioning or quietly introspective. As with by itself, Visages is typically quiet and reserved, but there are the familiar elements of strong melody, repeating chords and counterpoint that serve to set the tone and color of each of the sections. The sections are typically brief – just a few minutes in length – but always long enough to establish a particular point of view about the subject. The sensitive playing of R. Andrew Lee was always in complete control of the delicate contours and balance of each section.

Cellist Seth Parker Woods joined R. Andrew Lee for Lines (2016), a duo that also included a video by Richard Garet projected on the screen at the rear of the stage. This opens with a rich cello line and simple piano accompaniment; the video was filled with scenes of various East Coast watery places. The music is restful and nostalgic – like pleasant memories floating by – and perfectly complimented the images on the screen. The cello line dominated for most of the piece and this was confidently played, yet sensitive and expressive. A short pizzicato section changed the mood slightly, but the return to arco phrasing served only to increase the sense of underlying longing. In the final minutes the mood turned remorseful, enhanced by some lovely playing by Woods in the lower registers of the cello.  The piece finished on a beautifully shaped low cello note followed by a softly echoing piano arpeggio. Lines is wonderfully interior music, made from thoughts and memories as much as by notes and sound.

Breathing Trajectories (2016) followed, a piece in three parts for solo piano. Part I begins with a series of simple phrases consisting of single notes – typically starting with an open fifth or octave – and completed with a dissonant tone. All of this is softly subdued, focusing the listener’s attention on the interaction of the sounds in each phrase. The effect of the third tone on the sustained ringing sound of the first two adds an element of uncertainty and as this pattern is repeated, a kind of question and answer conversation ensues. There is no other form or structure, yet these sequences of solitary notes are quietly thought provoking.

Part II extends this concept, this time with chord arpeggios that are allowed to ring out so that their component colors refract into the listener’s imagination. The interactions of the tones again drive the perceived feelings, and these are generally warm and reassuring, but also distant or uncertain. A series of slow trills and rapid melodic lines brighten the mood before slowing again to a peaceful finish. Part III opens with stronger and more substantial chords, firmly grounded in the lower registers. Rapid arpeggios follow and this adds a bit of dynamism and grandeur. The texture is not as spare here, flowing more easily, with the melody and harmony interweaving into familiar patterns that feel like the logical outcome of the preceding parts.

The final piece on the program was Laziness (2015), a cello and piano duo in three parts. According to the CD liner notes the ‘laziness’ refers to “…the dispirited state of confusion brought on by mixed emotions..” This is manifested in Part I by a series of quiet chords in the opening that sometimes vary from major to minor modes within a given phrase. Combined with the expansive cello line, a sense of disquiet is established. Part I ends with three ominous notes in the deep piano register – not unlike a knock of fate. Part II begins with a much more optimistic feeling, a moving piano line filled with bright sunshine and a warm cello accompaniment that carries a sense of renewed purpose. However this soon turns gloomy and a bit portentous as the tempo slows and the cello line descends downward. Minor key phrases appear at times and a feeling of uncertainty and agitation persist to the end.

Part III begins with repeating piano phrases, uptempo and full of movement and determination. The sustained cello line floats below, content to let the piano dominate. About midway through, the piano and cello engage in a kind of conversation that is full of briskly intertwining notes and repeating figures. Slower phrases enter and exit, adding a certain ambiguity to the initial sense of ambition and heightening the sense of mixed emotions. Laziness pivots nicely back and forth between confidence and doubt, leaving the listener to decide which path to take.

Overall, Trajectories is music for the interior imagination. Sometimes music comes to us in a great symphonic fury, sometimes in bold declarative statements or in bright, vivid colors. The music of Trajectories comes to us quietly – almost as if we are hearing our private thoughts – and is all the more engaging as a result. 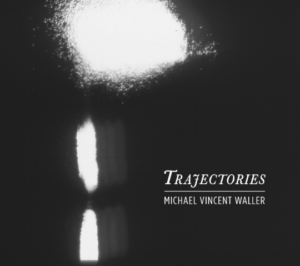 The CD has been carefully mastered and edited so that all the nuance and detail of the music has been precisely preserved. Credit for this is due to Sean McCann of Recital, Denis Blackham of Skye Mastering and Ryan Streber of Oktaven Studios. The CD cover booklet features photography by Phill Niblock.

Trajectories is available directly from Recital and also at Apple, Amazon, Spotify, and other digital outlets.