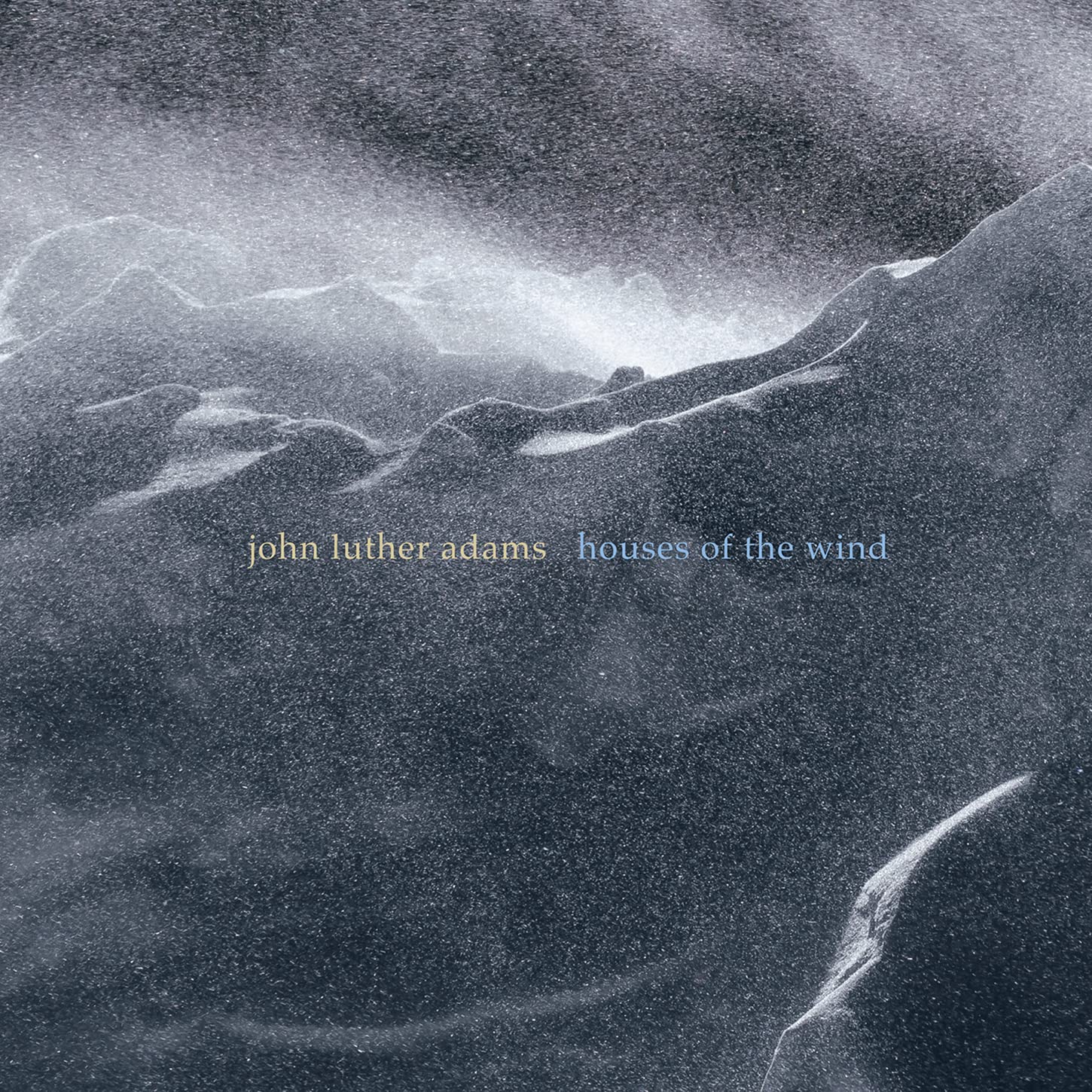 Cold Blue Music has released Houses of the Wind, a new album of electro-acoustic music by Pulitzer Prize-winning composer John Luther Adams. This was inspired by a 1989 recording of Alaskan arctic winds blowing through an aeolian harp. In listening to that original recording again, John Luther Adams writes: “The voices of the wind singing through the strings of the harp brought back vividly the clarity of light, the sprawling space, and the sense of possibility I had felt.” The recent pandemic lock down presented Adams with the studio time to electronically reshape the recording and the result is a five-movement piece consisting of variations on the same ten-and-a-half minute original. This was accomplished using voice layering, time stretching and pitch manipulation to fashion continuously changing patterns and textures of sound, as animated by the wind itself. Houses of the Wind is both a distillation and summation of the strong environmental influences present over the entire arc of Adams musical career.

All of the movements share the same general character – there are no formal rhythms or structures; the composer uses variations in the mix of pitches and changes in their intensity to express patterns in the wind. The overall effect is a wash of tones that change character relatively slowly and possess an organic sensibility that evokes the natural atmospheric phenomena. Each movement describes a separate category of wind. For example, the title of the first movement, Catabatic Wind, refers to a wind that carries high-density air from a higher elevation down a sloping terrain under the force of gravity. In Southern California, we have the Santa Ana winds, flowing from the high deserts down to the coast, and this is a catabatic wind. Accordingly, the first movement begins with high, brightly metallic tones, piercing and penetrating to the ear as the volume builds. The intensity suggests a bright, clear arctic day on a high plateau. The sounds swell and crest as the mix of pitches vary, gradually adding tones in the middle and lower registers as if describing a wind that is running ‘downhill’. About halfway through, the volume and intensity subside and there is a more reflective character as the piece quiets down, with middle and lower pitches predominating. Throughout the album, Arctic nature is invariably characterized as a positive force. Catabatic Wind, starts out forcefully and is generally one long decrescendo, unfolding with a regal impartially.

Mountain Wind follows and as might be expected, this movement is less settled. Beginning with low, softly droning sounds that gradually increase in volume, there is a sense of expectation as higher pitches are added and then fall away. These cycles continue, varying in duration and intensity with the middle and higher pitches spiking in volume – a metaphorical gusting of winds in the mountain passes. The sounds reach ever higher in pitch and volume – almost to the point of pain – recalling the sharp bite of the wind in an arctic mountain blast. There is also a mystical element to this movement that befits the imagined mountain scenery. Towards the finish the tones subside, becoming more distant and the pitch content becomes lower as the sounds get softer. At length, we are returned to the low drone of the opening. Mountain Wind artfully portrays the changing wind movements typical in mountainous terrain.

The middle movements, Tundra Wind and Canyon Wind capture the differing characteristics of the wind in these environments. Tundra Wind contains a mix of higher register pitches and a pulsing that evokes a swirling wind on an open landscape. The pitches seem more varied and active in this, giving a strong sense of motion. This is perhaps the most open and welcoming movement, a bit nostalgic, but never grim or angry. The intensity rises and falls as winds will do in an open space – a very beautiful portrayal. Canyon Wind provides a contrast, opening with high pitches that are brilliantly loud and hard on the ears. With lower pitches in between, the bursts of higher tones suggest the gusting of wind in a narrow canyon. About halfway through, there is a quiet lull, followed by the entrance of middle pitches that indicate a building breeze. This increases in volume and rises in pitch, but blows steadily without gusting before fading at the finish.

The final movement is Anabatic Wind, and this refers to a gentle wind blowing up slope due to the sun heating the surface of the ground. This movement opens with a low hum, quietly pulsing to create a feeling of solemnity. New pitches enter from the middle registers, not in force, but just enough to lighten the deep tones below. Additional higher pitches enter, swell up briefly, and then subside again as if in no hurry. The feeling becomes more optimistic with the added entry of these new pitches, less gloomy and ultimately bright enough to suggest a brilliant sun above. By 6:30 higher pitches dominate making for a harder sound, always increasing. The overall feeling, however, is a mix of the urgent and the settled; Anabatic Wind never seems aggressive or dangerous. In contrast to Catabatic Wind, the first movement, the gradual, continuous crescendo heard in Anabatic Wind is the reverse of the catabatic process, and makes a fine book-end to complete Houses of the Wind.

That five variations on the same original recording can be so distinctive while exhibiting the same general form is a tribute to the artful manipulation by Adams of density, volume and pitch within a limited context. This adds to the elemental feel of the piece and allows the wind to portray itself through the original recording. The direct articulation of wind into sound through the medium of the aeolian harp makes Houses of the Wind a unique convergence of music, emotion and nature.

Houses of the Wind is available from Cold Blue Music directly as well as from numerous CD retailers.