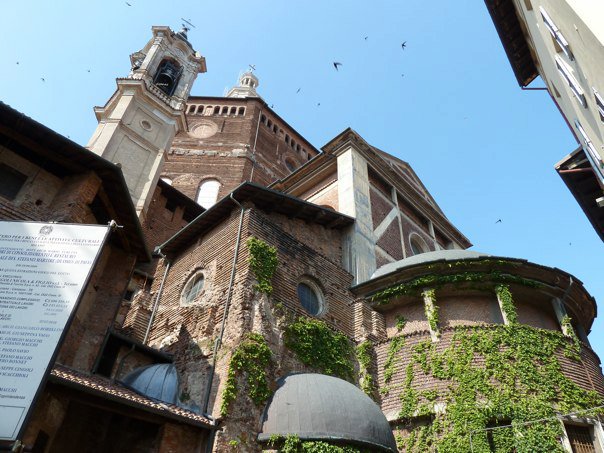 If you’re an emerging composer looking to produce and promote your work, hear it played before live audiences by first-rate musicians, learn from and hang out with music notables like Christopher Theofanidis and Irvine Arditti in the historic drop-dead gorgeous Northern Italian city of Pavia, check out the highSCORE Festival, Italy’s leading annual contemporary music festival and master classes program. The dates are July 23 – August 4. 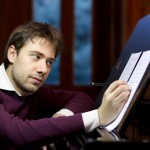 “Last year’s program was a huge success,” says Artistic Director Giovanni Albini. “In 12 intense days we had nine lectures, several hours of both master classes and private lessons, 54 new music scores performed (of which 35 were premieres) in seven concerts, 30 participant composers and performers, and many guest artists. Plus Italian classes, a guided trip of the City of Pavia, and an outstanding workshop on Italian cooking.”

This year’s guest of honor is the legendary violinist Irvine Arditti, who has recorded more than 180 CDs with his own String Quartet and more than 30 as a soloist, premiering the music by the most important composers of the contemporary period. Arditti will present a lecture on contemporary violin performing practices, providing participant composers with his expertise and knowledge of modern music.

Christopher Theofanidis, fresh off the success of his opera Hearth of a Soldier, staged by the San Francisco Opera, is the Faculty Chair of the Festival for the third year in a row.

“Christopher is a great artist and an amazing teacher with an enormous experience,” Albini says. “A wonderful person, entirely dedicated to participants during the days of the event. He is able to offer so much, from both artistic and human point of view.”

The 2012 edition will focus on the music for String Quartet, solo Violin, Viola, Cello, and Guitar (classical or electric), but participants are also invited to submit music for theorbo and lute, with or without electronics. In 2010, Ugo Nastrucci gave a lecture on contemporary music for early instruments. To see some tips on how to write for such instruments, see last year’s highSCORE Proceedings.

Among the many call for scores dedicated to participants the clarinet ensemble led by Denis Zanchetta, piccolo clarinet at Teatro La Scala, Milan, stands out.

Performances during the festival will be presented at cultural and historical sites throughout Pavia. Such venues will include the famous church of St. Peter in the Golden Sky where St. Augustine and Boetius are buried, while the “F. Vittadini” Higher Institute of Music Studies, with its 20 plus large, well-equipped rooms with Vertical and Grand Pianos, is the core of the festival.

The event, under the artistic direction of Giovanni Albini and the executive production of Paolo Fosso, is produced by the highSCORE New Music Center. The Center has just published the CD “Quintets,” containing five scores for electric guitar and String Quartet written by the best composers of the 2010 festival. A new CD, including the best compositions of highSCORE Festival 2011 for solo guitar, will be recorded in the next few months.

Proceedings and video excerpts from the last editions can be found on the highSCORE New Music Center brand new portal.

One thought on “Emerging Composers, Hie Thee to Pavia”