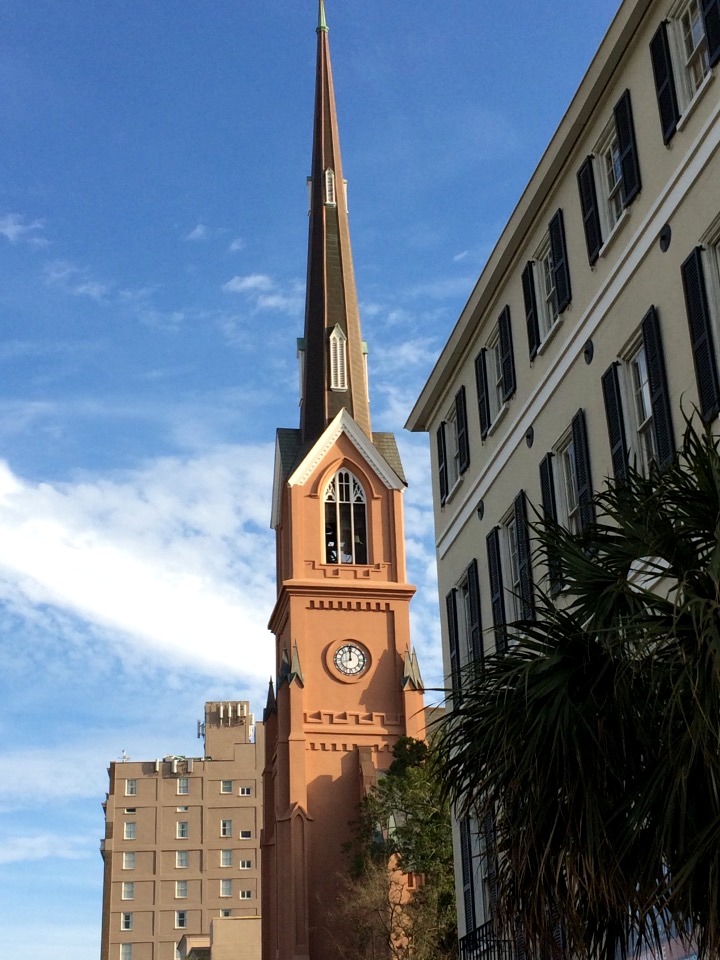 Geoff Nuttall, violinist for the St. Lawrence String Quartet and Director of Chamber Music for the SpoletoUSA Festival in Charleston SC,  just announced details of the 11 programs for the 33 concerts that will be performed at this year’s Festival . The series runs from Friday, May 22 through Sunday, June 7 and is sponsored by Bank of America.  I’ll be taking in a few of the performances and giving you a report.

Among the highlight of this year’s series is the world premiere of Control Freak for improvising singer and instrumental septet, composed by the 2015 composer-in-residence Mark Applebaum. A colleague of  Nuttall’s at Stanford University, Applebaum is known as the “mad scientist of music” because of his inventive compositional style and innovation with instruments. In addition to the premiere of his new piece, he will perform his Aphasia for hand gestures with pre-recorded sound as well as several pieces for blues piano. Applebaum performs on the first two programs; Control Freak premieres on Program III, performed by baritone Tyler Duncan, pianist Pedja Muzijevic, clarinetist Todd Palmer, oboist James Austin Smith, violinist Geoff Nuttall, violist Daniel Phillips, and cellist Christopher Costanza.

“It’s going to be a varied and eclectic musical ride with Mark,” Nuttall says. “He’s an amazing blues and jazz pianist, which you’ll experience, and you’ll also get to witness an important moment in music history when we hear a new piece of art.”

Programs for this season’s series include well-known canonic jewels as well as new musical experiences with contemporary compositions and selections unearthed from past centuries. Among the new and newish pieces are Osvaldo Golijov’s Omaramor for cello, performed by Alisa Weilerstein; Shostakovich’s Two Pieces for String Octet, op. 11; and Andrew Norman’s Light Screens.

Nuttall has great taste and his eclectic pairings of compositions  spanning more than 400 years, are always entertaining, if a tad, quirky. Program IV will include two pieces by Chinese-American composer Huang Ruo, whose opera Paradise Interrupted has its world premiere at Spoleto Festival USA this season. “Flow I and II” will feature Huang Ruo on vocals, as well as Zhou Yi on pipa (Chinese lute) and other series artists, including Tara Helen O’Connor, who will abandon her usual flute for the djembe (West African drum). Huang Ruo’s compositional style often marries Chinese tradition with seemingly disparate cultures, as is also heard in Paradise Interrupted.

“It’s a great luxury to be able to bring Huang Ruo from the opera to the chamber stage.”  Nuttall says. “Audiences will be able to see the full portrait of a musician. This is a great example of the spirit of Spoleto—we have this vast canvas of disparate artistic offerings, and because the creative minds behind them are in the same place at the same time, new artistic connections are forged for both the musicians and the audience.”

This year, lutenist Kevin Payne joins the musicians on the Dock Street stage, opening the doors to repertoire from the Renaissance, including two John Dowland songs and an Elizabethan set with  Nuttall, flutist Tara Helen O’Connor, and cellist Christopher Costanza; the lute is also featured on Baroque and contemporary works.  Payne is a member of Juilliard 415, the Buxtehude Consort, and the Peabody Consort, and was the first lutenist to be accepted to The Juilliard School, where he is pursuing a graduate diploma in historical plucked instruments.

Led by  Nuttall, the St. Lawrence String Quartet—the Arthur and Holly Magill Quartet in Residence—celebrates its 25th anniversary during their 2014–15 season, including 20 years as part of the Bank of America Chamber Music series at Spoleto Festival USA. Making his ensemble debut from the Dock Street Theatre stage, Owen Dalby has been named as the new second violinist of the SLSQ. Dalby is a graduate of Yale University and is an acclaimed soloist and chamber musician. Currently based in New York, his relocation to Stanford University to be an artist-in-residence with his colleagues in the SLSQ will be a homecoming of sorts;  Dalby is a native of Berkeley.

This year’s festival will be Nuttall’s sixth season as chamber music director, a post that includes his introductions to each program from the stage. Of his ability to educate and entertain,The New York Times said: “Mr. Nuttall turns out to be chamber music’s Jon Stewart… while maintaining the high musical standards of the series, he has established a new style of presentation that juxtaposes the ridiculous with the sublime, delves into serious musicology and casually uses technology. In short, he is subtly redefining what a chamber music concert can be.”

Each of the 11 programs is performed three times with two performances daily at 11:00am and 1:00pm in the 463-seat Dock Street Theatre at 135 Church Street.

Full Schedule Continues After the Break